Long before bioidentical hormones became a hot topic, there were already doctors using the therapy with great success.  It took Suzanne Somers, a celebrity actress and health promoter, however, to bring the topic of bioidentical hormones to the general public.  I am fortunate to have learned about this therapy (from some of the pioneers in alternative medicine) about 13 years ago.  One thing I learned from these generous individuals is that everybody is different. Such is the concept of biochemical individuality.  What does this have to do with bioidentical hormones?  What this means that everyone is unique and as such, a program that works for one person may or may not work for another .What are bioidentical hormones?

These are hormones that have the exact molecular structure that our bodies produce.  Any structure that deviates from the original endogenous molecule is synthetic and as such is not bioidentical.  Therefore, a person who gets a synthetic hormone is not having his or her hormones replaced.  What they’re getting is hormonal substitution.

A medical doctor just recently appeared on the Oprah show, who said that bioidentical is just a marketing term.  Dr. Christine Northrup, M.D. one of the main proponents of the use of natural bioidentical hormones, gently corrected her.  I’m still amazed at how people in the mainstream don’t think for themselves but just follow the “party line.” It’s like having an “earth is flat” mentality.

I believe that our hormones are like a symphony orchestra. If one is off, the rest get affected. Even so-called “minor” hormones have a great role to play. That’s why it’s important to balance everything. In my practice, I’ve encountered people who are just taking one hormone thinking that that would resolve their issue.

I believe in the concept of yin and yang in Chinese medicine.  For instance, when I treat the thyroid, I look into it’s sister organ, the adrenals. Their functions are closely linked together. Thus, it’s important to support both organs.

When I see a new client, I am always humbled because of all the new things I learn.  I look into a person’s signs and symptoms as well as their lab work.  One is as important as the other.  As the saying goes, “if it talks like a duck and walks like a duck, then it must be a duck.”  The problem with “what’s going on” is that if a person falls within a normal range, even though they may be symptomatic, they may be denied proper treatment.  What we do as healthy aging  practitioners (also known as anti-aging), is that we look at optimal ranges rather than normal ranges.

For individuals who may not be candidates for bioidentical hormone replacement therapy (BHRT), there are alternatives available.  Besides the use of herbal medicine, I’ve used medical aromatherapy with essential oils and spagyric/homeopathic remedies.

For anyone seeking answers to their health issues, my advice is to listen closely to your body and to always keep an open mind. 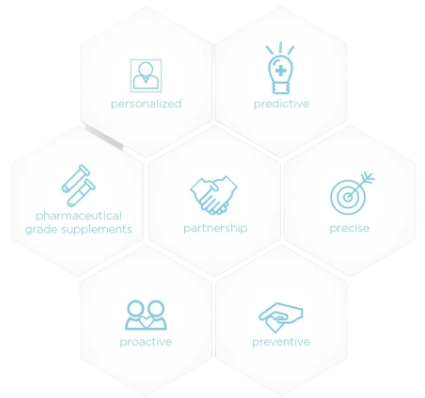